Party Time And A Technological Extravaganza

THANK YOU TO OUR GUESTS 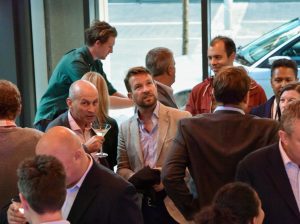 Thanks to all of you who attended our Sixth Anniversary party, which was held at our Riverside Headquarters in SW18. The night began with delicious gin cocktails made by Hepple Gin, spicy meatballs from The Untouchaballs and a chance to review the latest technology in our showroom. We were delighted to see so many familiar faces from the great and good of the interiors world and we couldn’t have got here without you.

THE TECHNOLOGY THAT WE FEATURED 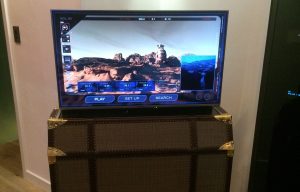 Guests had a chance to experience our new Demo Room, which features a 75-inch 4K Samsung screen with a Triad speakers surround system. It is sound-proofed with sumptuous fabrics from Fameed Khalique including platinum shaggy leather wall panels and hand-embroidered sequin wallcoverings. Music was played throughout the event on Architettura Sonora speakers. In other areas of our office, we also showcased a SIM2 Short-throw projector with Bang & Olufsen Beolab 18 speakers, a 3-meter smart mirror with a 55-inch TV including a mirror surface that highlights vital information as well as a pop-up TV trunk in horsehair with leather strapping and polished brass fixings by Simon Orrell Designs that features a 40-inch Panasonic screen. 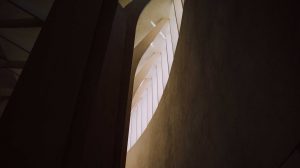 In our new Demo Room, architect and film-maker Nilesh Patel of the Architects Film Studio presented his film exploring the representation of a widely published project by NÃ­all McLaughlin Architects, the RIBA Stirling Prize shortlisted Bishop Edward King Chapel at Ripon College. This was an exclusive preview before the world premiere at the Architecture and Design Film Festival in New York. 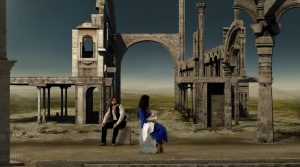 At nearby gallery Maestro Arts the award-winning film-maker, director, writer and artist Martha Fiennes unveiled her moving image artwork Nativity and utilised Tillman Domotics technology. The perfect sound of Steinway Lyngdorf D Series speakers is combined with stunning visuals on a variety of state-of-art-screens including a Samsung Ultra HD Curved TV, Xenia design mirrored TV and a beautifully classic Bang & Olufsen 4K Avant TV. Nativity is based on an exceptionally innovative technology allowing a non-repetitive and self-generating imagery editing system that allows the artist to explore the art of narrative through the medium of film. Nativity can be seen at Maestro Arts until 11 November, the Haifa Film Festival 15-24 October and at the V&A in December 2016. 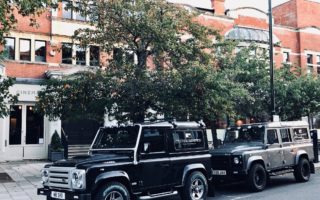 IN THE PRESS - JEWISH CHRONICLE 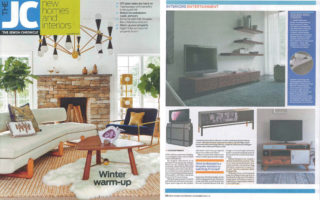 An Evening Of Burlesque 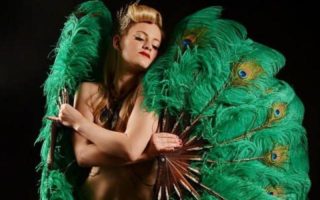 I really just wanted to say thank you to you and your team. Whenever I have an issue you get someone over to me more or less immediately. I really appreciate it. Jacob was so great he sorted out my problems and is such a lovely man to have around.

Always a pleasure to link up with the Tillman Domotics team! They simplify technology and make it accessible to everyone with their simple approach to design, install and after care service.

Matt and his team bring simplicity and excellence to yacht tech design. Tillman Domotics provide a wealth of experience and expertise any Superyacht can trust.

I find Tillman Domotics to be both professional and easy to work with. They always apply logic and most importantly common sense to their designs, systems and installations. I trust them!

Tillman Domotics are a young dynamic company full of new ideas and are a pleasure to work with.

When we moved into our new showroom, we needed audio/video facilities as a part of the sales function in order to show clients imagery and completed projects on a large screen. Matt and his team were incredibly helpful in offering advice on what we needed to get the job done. They understood our needs, identified the right equipment and did the actual install in less than a day. Its made a big difference to how we present to our clients and I would always recommend them.

Matthew and Tillman Domotics have always been fantastic to work with. Matthew understands interior designers and architects and the desire for technology to be discreetly placed. Our clients want the latest and best technology but it shouldn't be imposing, and Matthew appreciates this. He listens to what our clients actually want and tailors his advice accordingly.